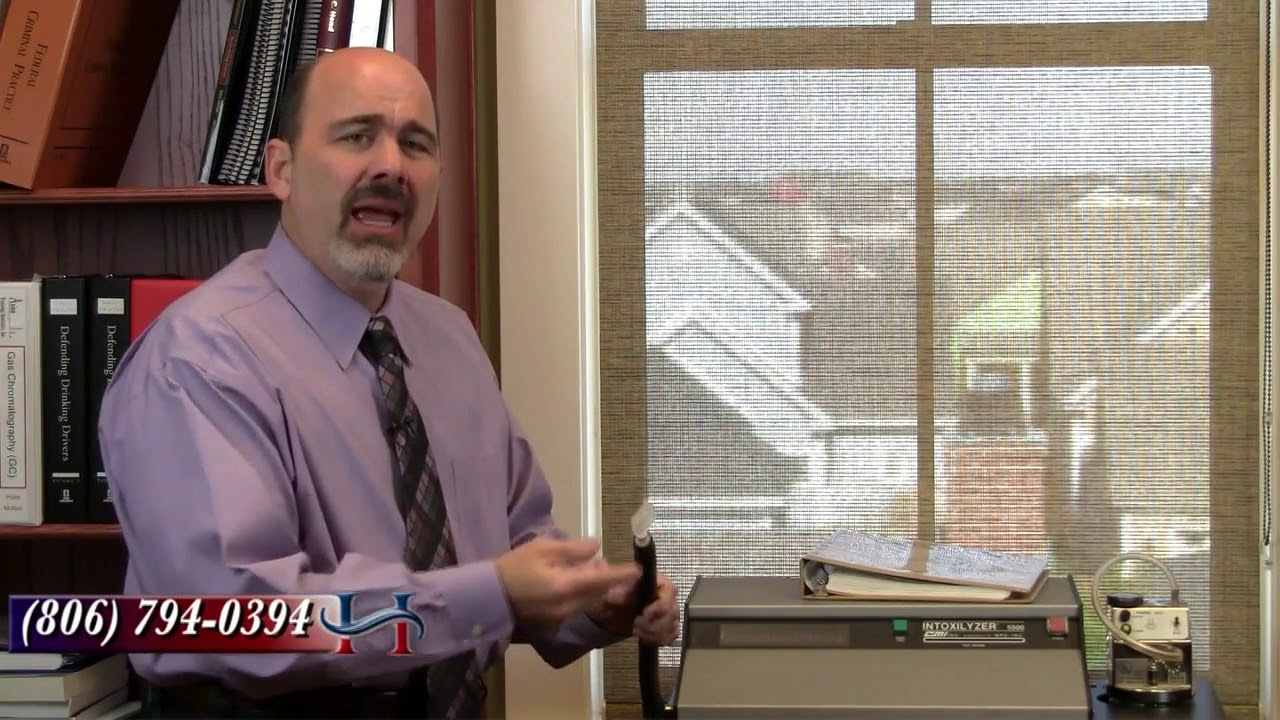 Stephen H.: Hello, I’m Stephen Hamilton. Board certified in criminal law. And today’s topic on DWI is the INTOXILYZER 5000. If you were arrested in the state of Texas for a DWI and you gave a breath test down at the station, you gave it on a unit very similar to this unit.

Stephen H.: They call it the INTOXILYZER 5000. It’s the breath test machine that counts, so to speak. It’s the one that they’re going to try to … State is going to try to introduce against you in a criminal case.

Stephen H.: So, what is it? How does it work? Basically, the unit is a small unit that sits in the police station. It has what they call a solution in a reference chamber, that calibrates it for whatever sample they’re looking for.

Stephen H.: So, in other words, the law in Texas now is a .08. They’ll put a .08 concentration in here. When you get ready to take the test, basically the breath test operator, that’s the person who is trained to operate the machine, and he’s trained using the Texas Breath Alcohol Program Operator Manuel, he’s going to take some information from you. Name, date of birth, drivers license, put it into the unit on a keyboard, and then after the machine does what they call a self-calibration, he’s going to have you stand up, come up to the machine, take the breath test tube, put in a mouthpiece, have you give one sample of breath.

Stephen H.: Blow, blow, blow, keep blowing, until it registers. Then the machine’s going to stop, it’s going to clear that and come back in two minutes later and have you give another sample. So, you give two tests. Two specific breath tests in the state of Texas.

Stephen H.: After that it’s going to print out a result, either a handheld result in a machine or on an attached printer that stands beside it, and you’re going to know whether you were over the legal limit or under the legal limit at the time of the test.

Stephen H.: Interesting, at least in my experience and my area in Lubbock in the South Plains, if you’re under the legal limit you’re still going to be in jail. It’s not like they’re going to let you go home, they’re just going to say you were intoxicated, because you had lost the normal use of your mental or physical faculty. The different prong of the definition of intoxication.

Stephen H.: If you took a breath test, call me. Come in, sit down with me, let’s go through the machine, through the results, through the potential error rights. Make sure that they actually did it correctly. My office number, 806-794-0394. I’m Stephen Hamilton, that’s it for today. Have a good rest of the day.