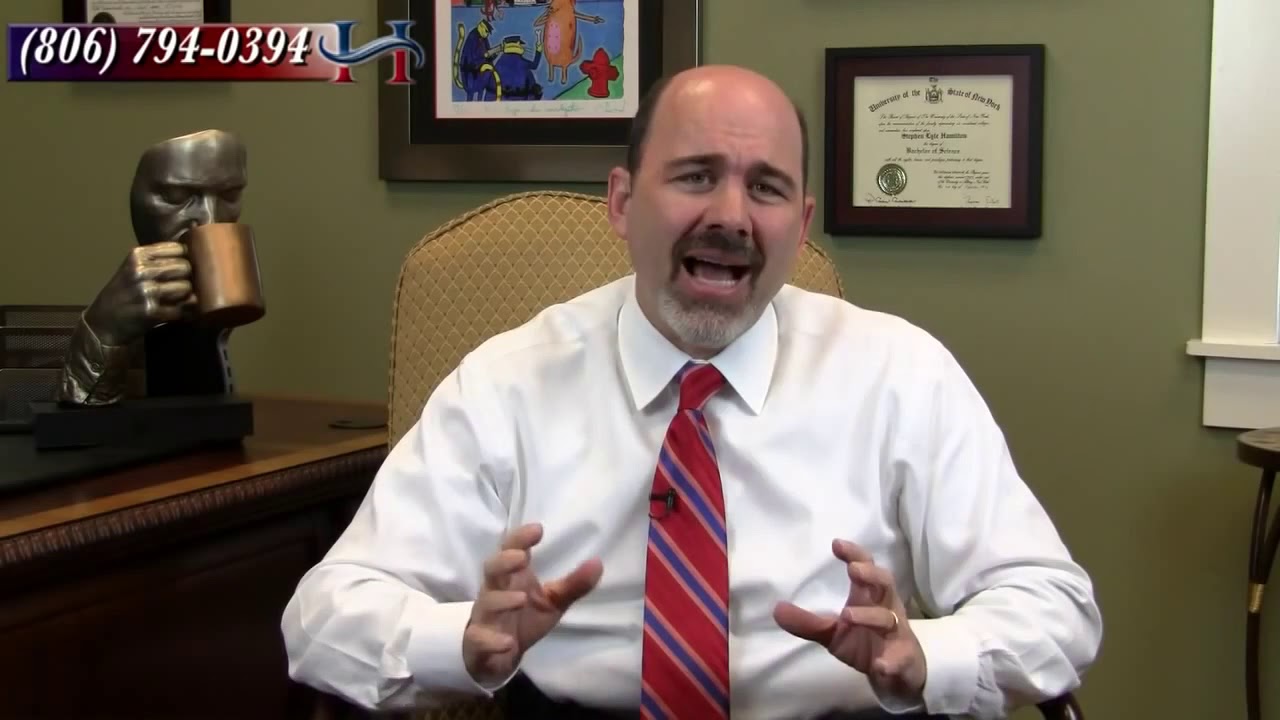 Stephen H: Hello. My name is Stephen Hamilton. I’m a board certified criminal defense attorney practicing in Lubbock, Texas in the South Plains. Today’s DWI video clip deals with what is intoxication under Texas law. When you’re arrested for a DWI, basically what the state is saying is that you’re driving a motor vehicle in a public place while you’re intoxicated. The definition of intoxicated in Texas is one of two ways. One, that I’ve given a chemical sample, a breath or a blood sample, and I’m at a 0.08 or above as of today, March the 25th 2011. Now, I will tell you that the law always changes and there is a push in the legislature this session to actually change the law to decrease the blood alcohol concentration that we can have. So if you’ve been arrested for a DWI, it’s absolutely critical that you pick up the phone, you call me, come in and see me, we can talk about the law that is in place at the time that you arrested.

Stephen H: But as of today, 0.08 or above or that you have consumed so much alcohol that you’ve basically lost what Texas calls the normal use of your mental or physical faculties. Think about it like this, that you’re unsafe to operate a motor vehicle. Those are the two ways that the state will try to prove that you have actually committed the offense of driving while intoxicated. Now they’ll do it through a chemical test and they’ll try to do it through field sobriety tests and anything else that you do “wrong while you’re driving the motor vehicle.” So that’s one of the reasons that as soon as you’re arrested, it’s very important that you pick up the phone, you call me, you come in to see me because we want to start looking at the things you did right or the reasons other than intoxication that you may have made a mistake.

Stephen H: You’re nervous, it’s dark, it’s cold, you’re on the side of the road. You’re scared that you might be arrested for DWI. You have medical conditions, bad knees, bad backs. Those are things that will affect the person’s ability and the state will try to say that means you’re intoxicated. But I think what it really shows is that you’re in a very abnormal situation with a lot of stress going on, and it’s critical that we try to tie those things down as soon as possible. That’s it for today’s video clip. Pick up the phone, call me if you want to talk about the definitions or the things that we can do to try to prevent a DWI conviction. My phone number, (806) 794-0394. I’m Stephen Hamilton, have a great day.